On April 16, 2013 I tweeted this post from a site called Coffee Meets Bagel – a new entry into the online dating site game. Three months later, I see my original tweet retweeted every few days or so. And I thought about the question that was supposedly answered in the original post, “Do Jewish Men Really Have A Thing For Asian Women?” and I decided that I would write the definitive (as in my) answer to this question, then tweet it and sit back and see what happens.

I believe that if one were to ask the question “if Jewish men really have a thing for Asian women” in NYC or LA, the answer would be yes, Jewish men have a thing for Asian women. But that would be a stereotypical answer in the two cities of our country where stereotypes reign. This little map is an example of someone’s approach to stereotyping 48 of our 50 states, but has no bearing on the topic of this post other than showing that stereotypes are rampant and often wildly insensitive and just plain wrong.

My completely non-scientific research indicates this particular myth is all over the internet. Here’s a link to a blog that highlights 7 Jewish/Asian couples of some prominence; and does add some fuel to the argument that their may be some truth to this myth if you happen to be billionaire George Soros.

I grew up in Allentown, PA and was a stereotypical “nice Jewish boy” and I have to admit that having been spurned by the nice Jewish girls in my circle of friends, I was inexplicably drawn to what was then, and probably still is the real trophy for nice Jewish boys, blonde haired and blue-eyed non-Jewish girls, aka “shiksa goddesses.” And this may have been best illustrated by Cybil Shepard and Charles Grodin in The Heartbreak Kid; remade recently with Ben Stiller, (but I didn’t see that version, so I can’t vouch for the impression it might have made on today’s crop of nice Jewish boys). 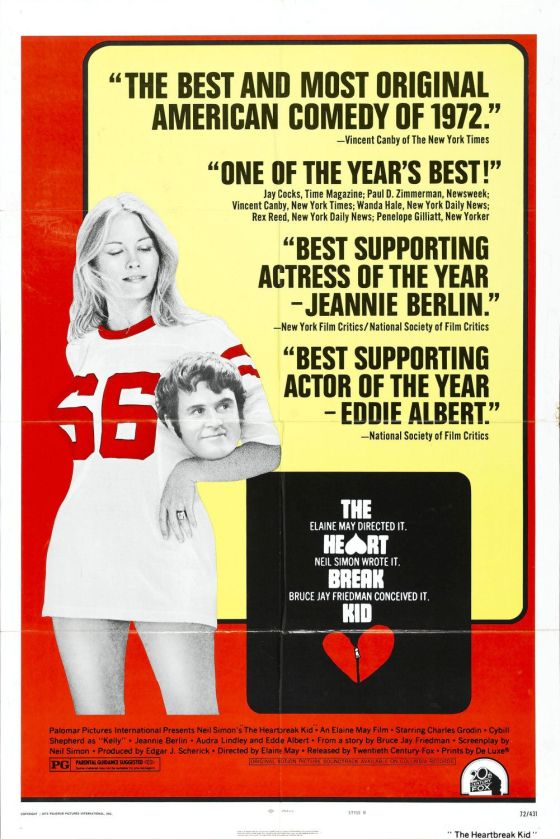 The epitome of what nice Jewish boys dreamt about in the Seventies – perfectly represented by a true Shiksa Goddess, Cybill Shepherd.

I can attest that this film, as filled as it was (and still is) with enough nasty stereotypes for everyone, represented a goal that many a nice Jewish boy went out of their way to achieve. And I admit that in 1972  and for many years to follow, I was drawn to that specific stereotype. Although I’m guessing that the stereotype Neil Simon created in the guise of Cybill Shepherd wasn’t limited to Jewish boys. And Billy Joel only added fuel to the fire for adolescent boys and still adolescent men when he wrote  “Only The Good Die Young” and cast future wife Christie Brinkley in the video for  “Uptown Girl.” Look closely at the lyrics to both songs if you don’t believe me.

This Jewish man is attracted to Asian women. And to Black women, White women, Jewish women. In fact any woman whose eyes flash, whose intellect stimulates, and whose smile and laugh are infectious. Because sooner or latter all men, Jewish or not, grow up and myths remain just that, myths.

19 thoughts on “DATING MYTHS EXPOSED: DO JEWISH MEN REALLY HAVE A THING FOR ASIAN WOMEN?”